Normal cells usually have multiple solutions for fixing problems. For example, when DNA becomes damaged, healthy white blood cells can use several different strategies to make repairs. But cancer cells may “put all their eggs in one basket,” getting rid of all backup plans and depending on just one pathway to mend their DNA. Cold Spring Harbor Laboratory (CSHL) Professor and 2016 Pershing Square Sohn Prize winner Christopher Vakoc focuses on probing cancers to figure out if they have any unique dependencies. His lab was surprised to discover that a single DNA repair method remained in acute myeloid leukemia (AML), an aggressive cancer that originates in bone marrow. They discovered that if they shut down that pathway in cells grown in the laboratory, they could kill the cancer cells while leaving normal cells unharmed.

Cancer cells may unintentionally remove multiple methods for fixing problems as they change their DNA to grow and spread quickly. But developing a dependency on just one repair pathway means that they have no backup plans if it fails. Vakoc explains: 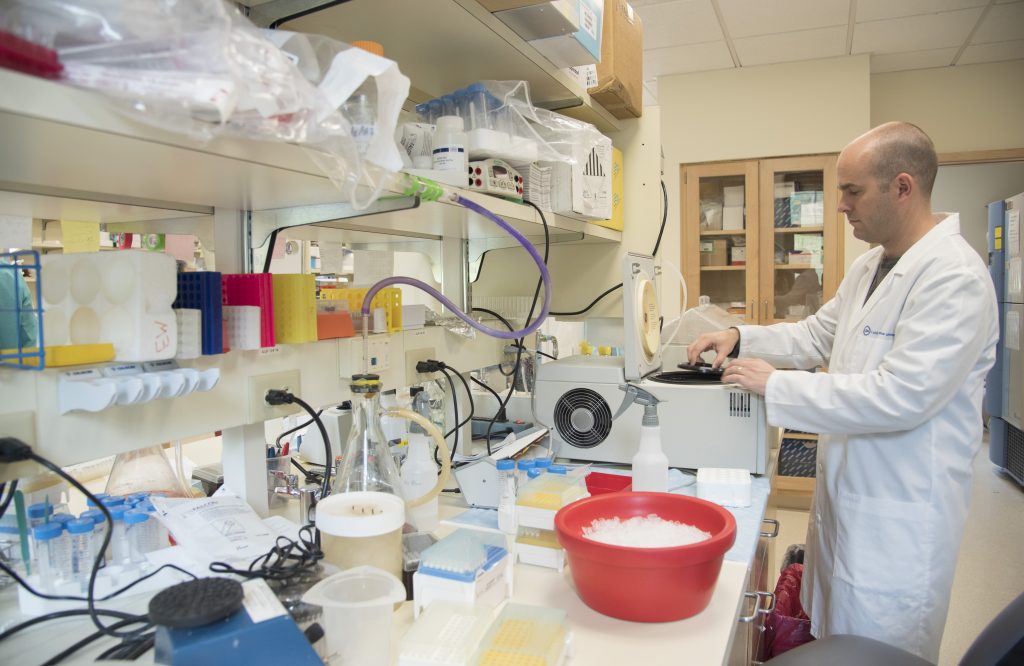 “Sometimes cancer cells, to become “super cells,” they had to get rid of stuff that they thought they didn’t need. You get rid of what you don’t need, you kind of spring clean maybe a little too much, then you realize: ‘Shoot!’ You threw away something you actually do need.”

In normal cells, a particular type of DNA damage can be solved with two different methods: the ALDH2 gene and the Fanconi anemia (FA) pathway. AML cells have inactivated ALDH2 and are dependent on the FA proteins to perform this DNA repair. The researchers showed that if they shut down the FA pathway, it resulted in cancer cell death.

The team hopes their findings will lead to clinical treatments that eliminate cancer cells without harming other cells in the body. Vakoc says:

“The reality is, there aren’t that many differences between cancer cells and normal cells with regard to dependencies. So this is one of the most striking things we’ve found, which is the kind of win-win for us, to discover a dependency that can be modified with a drug is, we think, the way to make new cancer medicines that are safer and more effective.”