To understand cancer in humans, researchers at the Sloan Kettering Institute (SKI) are turning to our distant relatives from 425 million years ago: fish. 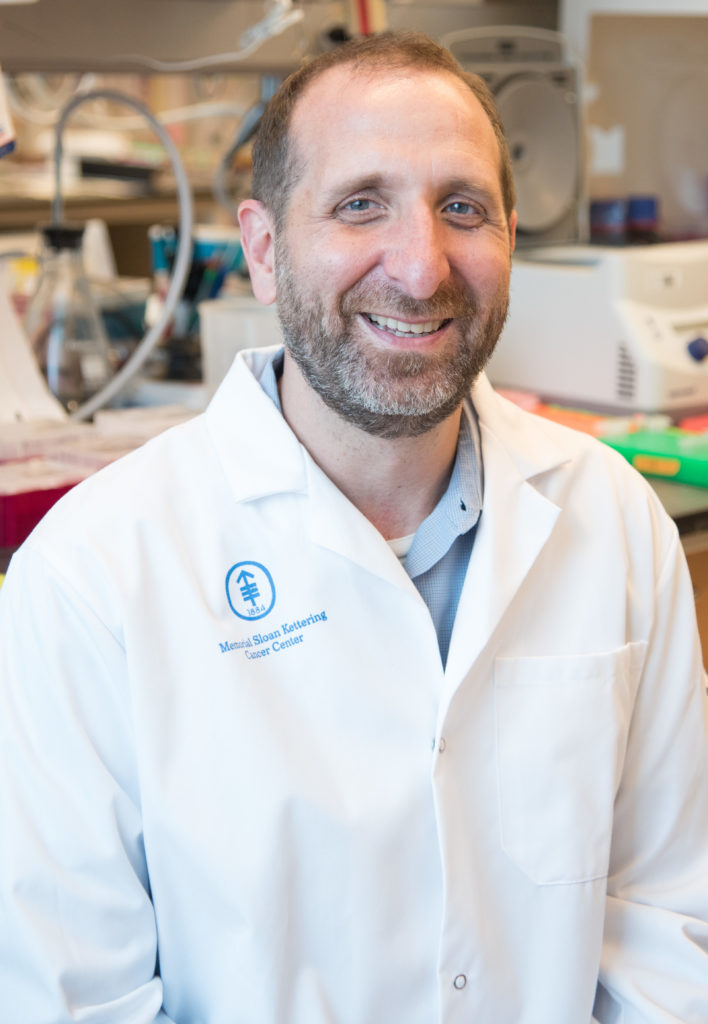 A lot has evolved since then: Fish use their fins to swim, whereas we use our hands to play Wordle. But there remains a deep similarity, explains 2017 Pershing Square Sohn Prize winner Richard White, a physician-scientist in the Cancer Biology and Genetics Program at SKI. “The genes that determine how humans develop fingers are similar to the ones that determine how fish get fins,” Dr. White says. “This gene program has been deeply conserved throughout evolution.”

Dr. White and his team are using this evolutionary relationship to solve a long-standing mystery about human melanoma: Why do some cases of the deadly skin cancer form only on the hands or feet — and nowhere else?

Called acral melanoma, this type of skin cancer can be particularly aggressive. It killed reggae singer Bob Marley. Until now, scientists have not fully understood what distinguishes acral melanoma from the more common cutaneous variety, which typically strikes the face, trunk, or back. According to Dr. White, research from his lab shows that it is a certain program of these genes, called positional identity, that determines why the cancers arise in those locations.

The findings, which were reported March 30, 2022, in the journal Nature, have broad implications for how scientists understand cancer development, and even how individual patients with this form of melanoma should be treated.

In a Single Patient, a Microcosm of Evolution

The team’s journey to discovery began with one patient — a woman with acral melanoma who was treated at Memorial Sloan Kettering Cancer Center (MSK) more than a decade ago. When doctors analyzed the genetics of her tumor, they learned she had a DNA alteration in a gene called CRKL (pronounced “crackle”). This was an unusual finding. Melanomas in other parts of the body usually have DNA alterations in a different gene, BRAF.

An MD-PhD student in the White Lab, Joshua Weiss, was curious about why melanoma tumors in one part of the body tended to have BRAF alterations, but the acral tumors in the hands and feet had CRKL alterations. For the answer, he turned to zebrafish, used by the White Lab to study melanoma because the fish are transparent and their genes are easily manipulated.

Weiss engineered zebrafish to contain either extra CRKL genes or a mutant BRAF gene. After several months, he noticed something intriguing: Most of the fish with the CRKL genes developed tumors on their fins, rather than on their bodies. Remarkably, the CRKL genes behaved the same way in the fish as they did in their patient. That’s when the team started focusing on the evolutionary relationship between fish fins and human hands and feet.

From Fins to Feet (and Paws and Claws)

Humans and other four-limbed animals are known as tetrapods. Tetrapod limbs evolved from fish fins about 425 million years ago — when water-dwelling creatures were taking their first tentative steps onto land. Recent research has shown that the genes for making tetrapod limbs are the same as those that build fish fins. “This shared evolutionary history helps explain how you can take a human cancer gene, put it in a fish, and have it cause cancer in the same place as the human,” Weiss says.

Why is CRKL more likely to cause cancer in fins and limbs over other parts of the body? Dr. White’s team hypothesized that perhaps the CRKL protein synergizes with the genes for positional identity in these areas. To find out, they looked at which genes were turned on in this tissue compared with body tissue. They found a striking difference: One set of HOX genes were active in fins, while another set were active in the body.

HOX genes are well-known for influencing the development of an organism’s body plan across a wide range of species, from fish to fruit flies to humans. They help determine that a fish’s fins form on the body rather than on the head, for example.

Could CRKL be causing cancer in limbs because it synergizes with the HOX genes specifying limb positional identity? It seemed a strong possibility. To find out, they did further experiments in which they used the genome-editing tool CRISPR to interrupt this limb positional identity program. This intervention prevented the development of acral melanoma, even in fish with an amplified CRKL gene.

This latest research adds to growing awareness among scientists of why DNA mutations by themselves don’t always lead to cancer. In previous research published earlier this year, Dr. White and colleagues at SKI showed that the ability of a BRAF mutation in a cell to cause melanoma depended on the developmental state of that cell.

This new work now pushes forward the idea of oncogenic competence in an entirely new direction: the effect that location plays in influencing whether a particular mutation will lead to cancer or not.

“Not only can a DNA mutation behave differently depending on the type of cell it finds itself in, but different parts of the body are susceptible to different mutations because of their hardwired positional identity,” Dr. White says. He adds that there are “almost immediate therapeutic implications” of the findings.

The typical way of treating cancer is to target a mutated gene with a drug, for example, when a person with a BRAF mutation is prescribed the targeted drug vemurafenib. But if oncogenic competence — the ability of genes to cause cancer — is also dependent upon position, then it stands to reason that blocking those positional cues in those cells could blunt cancer development.

“It leads to the interesting idea that instead of only treating the oncogene, what you’re really treating is the position,” he says. “We can potentially treat patients who have these tumors based on their anatomic location.”

The lab is currently in the process of screening for drugs that can block these positional cues. The plan is to have them available for their original patient with acral melanoma should she experience a recurrence. This research into the role of location in cancer development is an example of the sort of work that MSK’s new Kravis Cancer Ecosystems Project will support in the coming years.

This research was supported by the National Institutes of Health (grants F30CA236442, T32GM008539, F30CA220954, T32GM007739, K00CA223016, R01CA229215, R01CA238317, and DP2CA186572), the Swiss National Science Foundation, the Marie-Josée Kravis Women in Science Endeavor, the Australian National Health and Medical Research Council, the Cameron Family, The Ainsworth Foundation, the NIH/NCI Cancer Center Support Grant P30 CA008748, Ludwig Collaborative and Swim Across America Laboratory, Parker Institute for Cancer Immunotherapy, the Melanoma Research Alliance, The Debra and Leon Black Family Foundation, The Pershing Square Sohn Cancer Research Alliance, The Mark Foundation for Cancer Research, The Alan and Sandra Gerry Metastasis Research Initiative at the Memorial Sloan Kettering Cancer Center, The Harry J. Lloyd Foundation, Consano and the Starr Cancer Consortium, Cycle for Survival, and the Marie-Josée and Henry R. Kravis Center for Molecular Oncology. Dr. White is a paid consultant to N-of-One Therapeutics, a subsidiary of Qiagen. He is on the Scientific Advisory Board of Consano but receives no income for this. He receives royalty payments for the use of the casper line from Carolina Biologicals.