The findings suggest that patients whose melanoma tumors have an ARID2 mutation may have a more aggressive cancer and may need to be treated differently, according to a study published in Cell Reports in April. 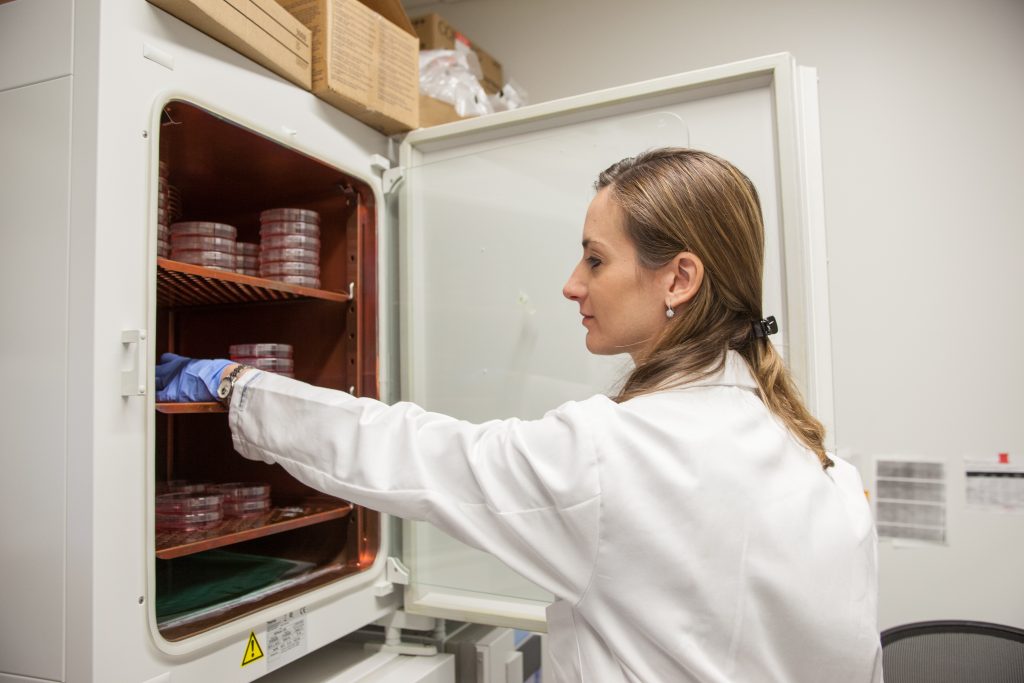 “Our study is the first to characterize the tumor-suppressive functions of ARID2 in melanoma,” said the study’s lead author Emily Bernstein, PhD, Professor of Oncological Sciences at The Tisch Cancer Institute at Mount Sinai and 2014 Pershing Square Sohn Prize winner. “We modeled ARID2 mutations by removing the ARID2 protein completely from melanoma cells and studied the consequences in the petri dish and in animal models. Recreating actual mutations that patients harbor is challenging, but now possible by genome editing, and would further provide a more accurate model; such studies are ongoing in the lab.”

Melanoma is the deadliest form of skin cancer, and develops in the cells that produce melanin, the pigment that gives people’s skin its color. While melanoma can be treated successfully when caught early, it can also be quite aggressive and spread from tumors as small as a couple millimeters to vital organs like the brain. Understanding metastatic melanoma is essential to save lives from this disease, which affects 200,000 people a year worldwide.

ARID2 is part of a chromatin remodeling complex and frequently mutated in melanoma. In this study, scientists used melanoma tumor models to measure the role of the ARID2 gene in cancer progression. They assessed the effects of ARID2 loss on the epigenetic landscape, a dynamic DNA and protein platform that They found that without ARID2, melanoma cells exhibit increased metastatic behaviors.

About the Mount Sinai Health System

The Mount Sinai Health System is New York City’s largest academic medical system, encompassing eight hospitals, a leading medical school, and a vast network of ambulatory practices throughout the greater New York region. Mount Sinai advances medicine and health through unrivaled education and translational research and discovery to deliver care that is the safest, highest-quality, most accessible and equitable, and the best value of any health system in the nation. The Health System includes approximately 7,300 primary and specialty care physicians; 13 joint-venture ambulatory surgery centers; more than 415 ambulatory practices throughout the five boroughs of New York City, Westchester, Long Island, and Florida; and more than 30 affiliated community health centers. The Mount Sinai Hospital is ranked on U.S. News & World Report’s “Honor Roll” of the top 20 U.S. hospitals and is top in the nation by specialty: No. 1 in Geriatrics and top 20 in Cardiology/Heart Surgery, Diabetes/Endocrinology, Gastroenterology/GI Surgery, Neurology/Neurosurgery, Orthopedics, Pulmonology/Lung Surgery, Rehabilitation, and Urology. New York Eye and Ear Infirmary of Mount Sinai is ranked No. 12 in Ophthalmology. Mount Sinai Kravis Children’s Hospital is ranked in U.S. News & World Report’s “Best Children’s Hospitals” among the country’s best in four out of 10 pediatric specialties. The Icahn School of Medicine is one of three medical schools that have earned distinction by multiple indicators: ranked in the top 20 by U.S. News & World Report’s “Best Medical Schools,” aligned with a U.S. News & World Report “Honor Roll” Hospital, and No. 14 in the nation for National Institutes of Health funding. Newsweek’s “The World’s Best Smart Hospitals” ranks The Mount Sinai Hospital as No. 1 in New York and in the top five globally, and Mount Sinai Morningside in the top 20 globally.